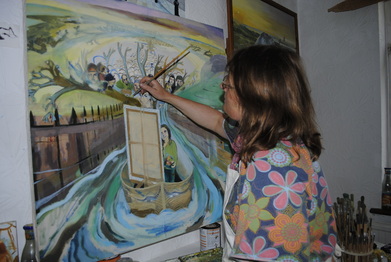 I am fully CRB/DBS checked and have experience working with foundation, key stage 1,
2, 3 and 4. The mural below was produced by year 3 children as part of a metamorphosis project.
Initially children chose several objects to invent characters from. Then we looked at the school's surroundings and the mural was produced by instructed the group to imagine the picture represented underground, land and sky. They then created characters to occupy the landscape. 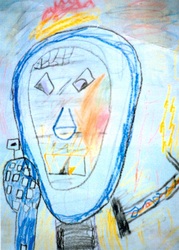 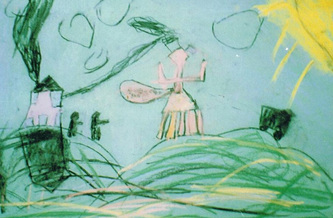 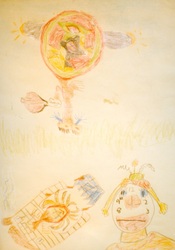 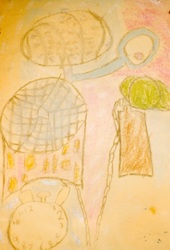 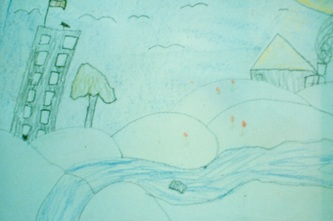 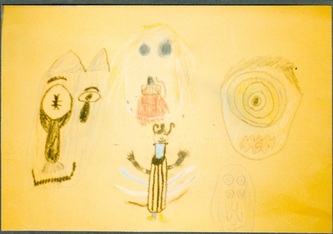 "My Place", mural below - working in the landscape with Sue Mann at Willowbrook Primary School, St Mellons, Cardiff. We began with a metamorphic look at objects and developed the process to look at the landscape around the school. A lovely project. 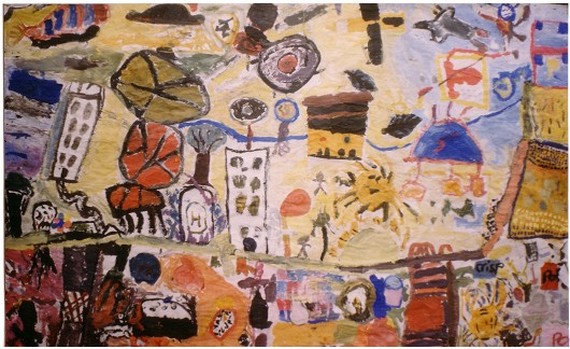 ​Outside space can be transformed with a mural, below is one that I directed with two other artists around Hazlemere, Surrey's Primary School swimming pool. The year 3 children produced the images, I tidied up by removing drips and neatening edges.

An example of my work as an artist in schools at secondary level is when I worked in a school in South Wales in year 8. Pupils worked from a still life, first in tissue paper collage and then each on their own oil painting. They were instructed to select a small area and expand it and to look in detail.
Each approach was unique, some applying imagination more than directed.
Collages: 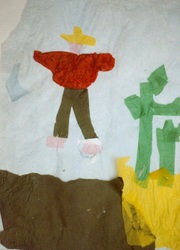 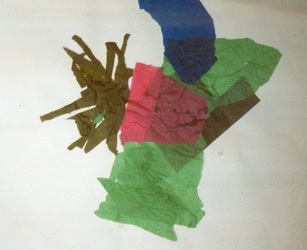 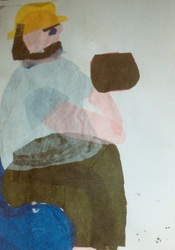 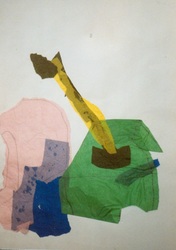 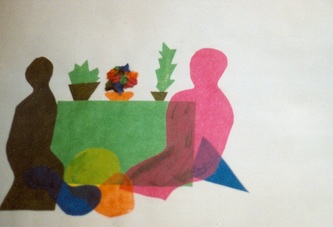 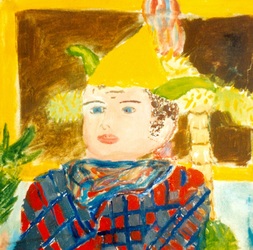 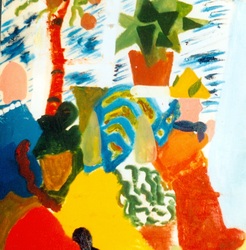 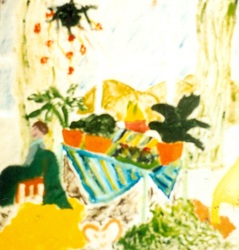 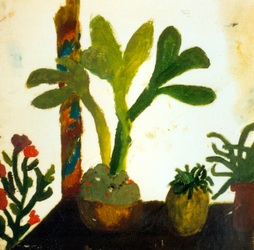 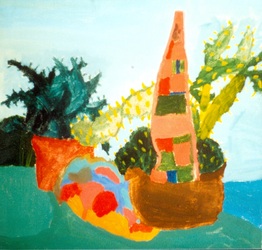 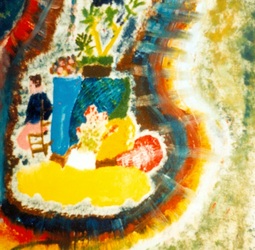 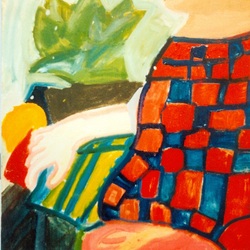 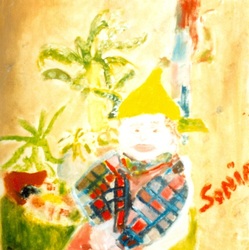 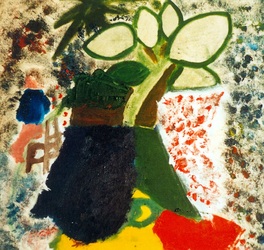 You can order a commission for your home in mural form. Each project has to be individually calculated. Here is an example of a decorative feature I produced on a relief on both sides of the hallway in a private house.